NUCLEUS project Lead Alexander Gerber outlines his views on the implications of the European Commission’s decision to discontinue the dedicated funding for science communication in the Journal of Science Communication: RRI: How to ‘mainstream’ the ‘upstream’ engagement.

Most of the responses from the science communication community to the European Commission’s decision to discontinue the dedicated funding scheme for science communication, were rather predictable. Criticism mainly came from the established advocates for science centres and festivals, science shops and the National Contact Points for ‘Science with and for Society’. It therefore appears to be easy to dismiss their concerns and criticism as a ‘reflex’. Or is there maybe more to the issue?

Ultimately, paradigms such as “Responsible Research and Innovation” (RRI) or the approach of defining common “Sustainable Development Goals”, pose nothing less than the fundamental question whether publicly-funded science should primarily be driven by economic needs or rather create shared value by addressing societal challenges, as already demanded in the The Lund Declaration [2009]. Numerous high-level policy documents, recently for instance the Lamy Report [European Commission, 2017, pp. 20ff] e.g. in its references to the European “Open Science Agenda”, have emphasised the need for further democratisation of knowledge (production), more participatory research, and finally social innovation. The European Commission has also been clear that such changes require policies which address systemic change by means of more effective incentives, more efforts to reduce systemic barriers, and most of all socio-economic drivers that make science more responsive to societal and economic needs.

The question we need to ask today, is how far ‘upstream’ science policy has managed to push the research endeavour, by means of more than a decade of EU-funded science communication projects? It is obvious to scholars and even more to the regular ‘bench scientist’ that RRI is not even close to becoming ‘mainstream’, despite all the projects which have tried to advocate for it. If we were to apply public engagement theory to these public engagement challenges, we would actually need to focus more on understanding the barriers in order to support stakeholders on their learning journeys towards more transdisciplinary research. By simply promoting a political paradigm or providing the community with ‘tools’ to engage more upstream, we actually don’t apply our own public engagement theories, and thus should not be surprised why ‘upstream’ is anything but ‘mainstream’ after so many years of project funding. 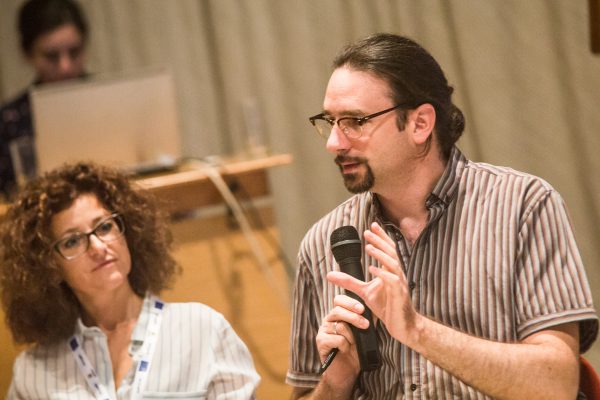 How likely is it to expect that similar projects in a similar funding scheme will have more impact on a systemic change towards transdisciplinarity? What if we aren’t lacking research (or potential future research funding) for science communication, but rather effective science communication policies, both on national and on the European supranational level? Are we asking loud enough why the countless Policy Briefs from RRI projects have resulted so rarely in actual policies of change?

On the one hand, the European Commission continues to reiterate how crucial social sciences and humanities are for science and innovation in order to address societal challenges, while on the other hand, specific funding schemes such as the one in question at the moment, will to be reduced significantly. It is obvious how contradictory or even hypocritical this would be if there were no other schemes or initiatives to compensate. Brussels suggests that the required social appropriation of science and innovation should instead be integrated as a cross-cutting theme into most research projects across the next Framework Programme, which clearly is an enticing prospect: interdisciplinary work in all kinds of fields of academia instead of seceding social innovation as a separate funding scheme, mostly disconnected from 99% of the actual research programme. One could even argue that such a separate programme has served as an excuse not to incorporate RRI in the actual research and instead cultivate it as an abstract STS though experiment.

Although our Science Communication department is already involved in one of those recently launched, large-scale and highly interdisciplinary projects (see the beta version of the website), it is hard to imagine that such approaches will become a standard across “Horizon Europe” just because there are general requirements for RRI in the funding calls. Mainstreaming RRI can only work if at least the following three requirements are met:

With such operationalisations in place, RRI could really scale to all scientific disciplines in “Horizon Europe”. Yet if the next Framework Programme does not foresee these requirements, the Commission can expect to be criticised for having sacrificed a solid base of European scholarship on social innovation to the interests of big business and elite science.

Ideally, of course, Brussels would embrace a parallel strategy: venture to mainstream RRI across all EU-funded research, while also keeping a dedicated funding scheme, albeit reformed and possibly reduced to research, develop and test RRI methods instead of continuing to try promoting policy against the eminent systemic barriers and resistances of the scientific community.