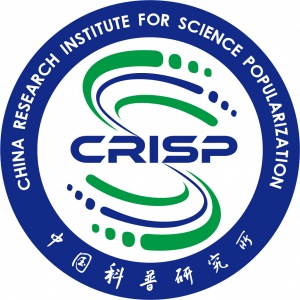 The China Research Institute for Science Popularization (CRISP), a national institution for public wellbeing, is a unique organization devoted to theoretical research on science communication and popularisation.

Affiliated with the China Association for Science and Technology (CAST), CRISP was chartered to take form by the State Council in 1980. The purpose of such an organisation was initiated by Mr. Gao Shiqi, the notable Chinese scientist and science writer, and received special attention from the state leader Deng Xiaoping and the guidance of Fang Yi.

CRISP consists of the Divisions of Science Popularization Theoretical Research, Scientific Literacy Research, Information Research, Mass Media Science Communication Research, Administrative Office, Personnel Office and the Post-doctoral Work Station. CRISP is the supportive organization of the Secretariat of China Science Writers’ Association (CSWA). Within the framework, a number of centers are being operated, namely the Center for Inquiry of China (CFIC), Center for Monitoring and Evaluating on Science Popularization (CMESP), Science Writing and Resources Center (SWAREC) and Science Media Center. CRISP embraces 50 employed staff and a Post-doctoral Work Station that holds a capacity of enrolling 30 Post-docs.

CRISP has established in-depth exchange and collaboration with important international organizations, such as the Public Communication of Science and Technology Network (PCST), Center for Inquiry (CFI), University of Michigan (UM), and the London School of Economics and Political Science (LSE) in the UK, as well as with scholars from the U.S., Canada, Britain and India. At home, CRISP keeps close cooperation with dozens of universities and institutes.

CRISP sponsors a bi-monthly journal called Studies on Science Popularization, runs a website of China Research for Science Popularization (www.crsp.org.cn) and two WeChat official accounts, namely CSMC and CFIC, and holds an annual national conference on science popularisation theories. All of these help construct an exchange platform for researchers who are interested in science popularisation theory and practice.