In partnership with the Center for Science Promotion of the Republic of Serbia, our MI SANU team in Serbia have organized a month of mathematics and science fun across Serbia, with the aim of connecting communities with the passion and purpose of maths and science. 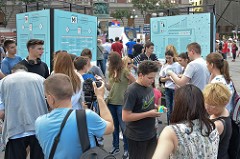 The Mathematical Institute of the Serbian Academy of Sciences and Arts (MI SANU), in cooperation with the Center for Science Promotion of the Republic of Serbia, will host the 8th May Month of Mathematics (M3). The event will be the first of its kind in South Eastern Europe with an entire month devoted to science popularization and activities organized simultaneously across the country. More than 250, 000 visitors are expected to participate. The event aims to stimulate a mutual understanding among society and the scientific community and demonstrate how science, especially mathematics, contributes to society and our quality of life.

The 2019 theme is Mathematics of the World, with the public invited to participate in events as diverse as thematic exhibitions, popular lectures, workshops, scientific cafes, publications, children’s programs, and the media. The application of mathematics to studying the Earth will be demonstrated in areas as diverse as geography, climatology, morphology, astronomy, and celestial mechanics. Renowned mathematicians will discuss their lives and achievements, important institutions and math education systems and the general mathematical landscape around the globe. As part of a globalized society facing the challenges of global warming, various ecological issues, and developmental inequalities, 2019 organizers want to emphasize the importance of mathematicians in solving these problems. The experience that MI SANU gained through its participation in the NUCLEUS project and implementation of RRI tools is crucial in planning a wide spectrum of activities that will be offered to people of all generations across Serbia. 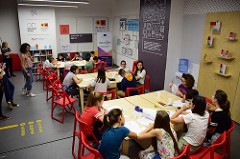 The event will be officially opened on May 9th, the Day of Victory and Europe in Belgrade. An interactive exhibition Mathematics of the World, hosted in an art gallery on Andric’s Venac Street, will be inaugurated, with guided tours by student volunteers. An exhibition will be dedicated to different civilizations in history and their contribution to mathematics. Daily public lectures will be held with the first to be given by our guest Dr Barry Cipra, an American mathematician and freelance writer. Dr Cipra will also give talks in Niš and Kragujevac and take part in Family Day on Sunday May 12th .

Mathematics and geo-science workshops will be offered for school children and teachers in several cities across Serbia. Science cafes “Mathematics of the World” will feature talks about the mathematical culture of other countries and their experiences as teachers and researchers in foreign countries.

We will also celebrate the 140th anniversary of the birth of one of Serbia’s most prominent mathematicians, astronomer, climatologist, geophysicist, civil engineer and science promoter – Milutin Milanković. Milanković provided two fundamental contributions to global science. The first is the “Canon of the Earth’s Insolation“, which characterizes the climates of all the planets of the Solar system. He also theorized an explanation of changes in the Earth‘s long-term climate as being caused by changes in the position of the Earth in comparison to the Sun, now known as Milankovitch cycles. This theory helped to explain geological ice ages as well as potential future climate change. Since 1993 the Milutin Milanković Medal has been awarded by the European Geophysical Society for contributions in the area of long-term climate modeling. 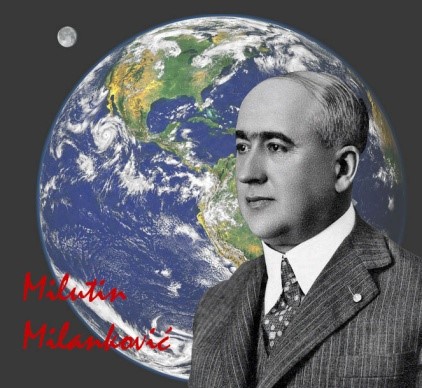 An exhibition on Milanković will be held in the Gallery of Science and Technology of the Serbian Academy of Sciences and Arts which will visit other cities in Serbia during 2019.

In the last week of May presentations will be given by prominent scientists in honor of Milanković and his contributions to geo-science, indeed many of the problems we face today were identified by him almost a century ago. Speakers include: Sierd Cloetingh, Donald Dingwell, and Paolo Papale.

The rich program of activities, co designed by MI SANU and CPN, combine RRI principles and scientific knowledge in creative and broadly appealing ways. This enduring activity is among our biggest contributions to NUCLEUS.

Pictures provided by the Center for Science Promotion.