We live in a time where instant and constant communication is the norm, the idea of ‘public engagement’ has gone from being innovative, to becoming a buzzword, to setting a new standard. Or has it? Cassi Camilleri speaks to Paul Manners, Director of the UK’s National Coordinating Centre for Public Engagement, to find out.

‘I probably shouldn’t say this – but I am not a big fan of the term ‘public engagement.’  That’s how Paul started our conversation.  ‘Lots of people don’t know what it means, and it sounds a bit technical.  I prefer to talk about education’.

Education has been at the core of Paul’s journey. ‘When I was a little boy, I was really curious. I loved learning. Reading. Talking to my dad about things. I remember the day when I asked him a question and he said I don’t know. I remember the horror I felt when I realised it was impossible to know everything.’ But that all changed in secondary school. The experience was strict, formal and rigid. Paul hated it. ‘I left feeling like I never wanted to go back to a school.’ That was until his university days. His literature degree brought with it a shift. He fell in love with learning again. ‘I think I wanted to heal, to mend, the education system. I was committed to change [it].’ 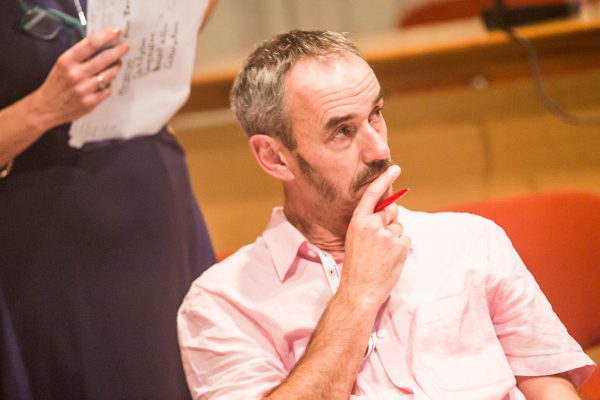 Through his years as a teacher, then with the BBC creating documentaries, and as director of the National Coordinating Centre for Public Engagement in the UK, ‘the common thread is always about making education accessible to everyone who wants it.’

Up until very recently, ‘universities were sealed off from engaging with a wider culture,’ Paul notes. But this cannot continue. ‘Universities cannot act as ivory towers any more. They have to respond,’ he adds. This idea challenges the institutions’ basic structures however.  The internal culture of universities struggle to keep up with the pace of change in the world outside.  The culture of research, a particular focus of Paul’s work, is a case in point.  There is now a much greater expectation that researchers should be more outward facing and engaged with society, but traditionally this kind of activity has been seen as a distraction from ‘real research’.  Many of the reward structures and incentives in university privilege research at the expense of engagement, and changing this culture takes a long time and really concerted leadership.  ‘This is a profoundly human problem. People are complicated and if you are going to achieve strategic change, you need to understand their values and their behaviours and think of change as a human process and attend to it.’ 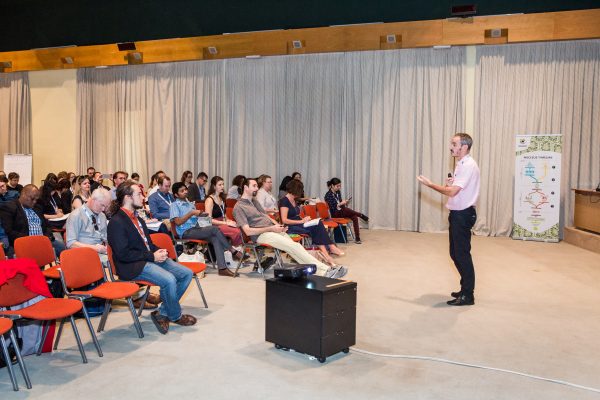 Paul Manners during his keynote speech

Looking at the current landscape, Paul identifies three stumbling blocks that institutions encounter when trying to engage more with the public. A lack of purpose is the first. ‘Belief in what you’re doing is key – and clear rationale and sense of direction,’ says Paul. A lack of formalized processes to support engagement can also hurt. When people are learning to work in new ways, training and development are the order of the game. Rewards, including informal praise from superiors, are also important to indicate value. The last pitfall is a lack of communication. Everyone needs to be involved, educators and wider society. Everyone needs to be on board – and that can involve some tough conversations. ‘When a scientist says engagement with the public is not relevant, you need to debate it, you need to talk about it. You need to stand up.’

Asked about an example of great engagement by an institution with its community, Paul tips his hat towards the University of Manchester. ‘They take real responsibility in paying all their people a living wage. They take note of their environmental footprint. They have a good program to encourage staff to be school governors, involved in charities,’ he says. And all of this on top of a really professional approach to embedding high quality engagement in their research.  Paul also points to the University of Brighton’s community help desk as a great example of concrete practical infrastructure for the community. ‘Lots of people in Brighton would like to access the university’s expertise. So, as any business has a helpdesk, so do they.’

Turning his attention towards the NUCLEUS programme, Paul notes that the projects are ‘clearly making significant progress.’ However the road has not been easy. ‘I think it is important not to ‘over-promise’ and to have realistic outcomes in mind,’ Paul explains. ‘Universities are not going to be ‘transformed’ by an embedded nucleus—but they will be changed by it in some subtle and some more concrete ways.’

The mission now is to find a common language to describe those positive changes.