The South African Institute of Aquatic Biodiversity (SAIAB) is an internationally recognised centre for the study of aquatic biodiversity and a Research Facility of the National Research Foundation (NRF). SAIAB is highly leveraged in the research community and involved in many multi-institutional and multi-disciplinary projects. Researchers are regularly involved in providing advice to policy makers in both the marine and freshwater sectors. Through its Marine Platforms and African Coelacanth Ecosystem Programme (ACEP), SAIAB runs an established marine science transformation programme which provides specialist equipment and training to equip the next generation of scientists and managers with tools to understand and manage environmental change.

SAIAB also hosts the DST/NRF Research Chair in Inland Fisheries and Freshwater Ecology. Through these platforms SAIAB interacts with a broad range of universities and local and national government regarding real-time environmental issues which require the integration of science with management. SAIAB’s scientists have the expertise and experience and are increasingly sought out to provide advice that can be applied in the formulation of national environmental policy. This is likely to continue with increased socio-economic development, water security issues, ecosystem degradation and the influence of climate change on food security. 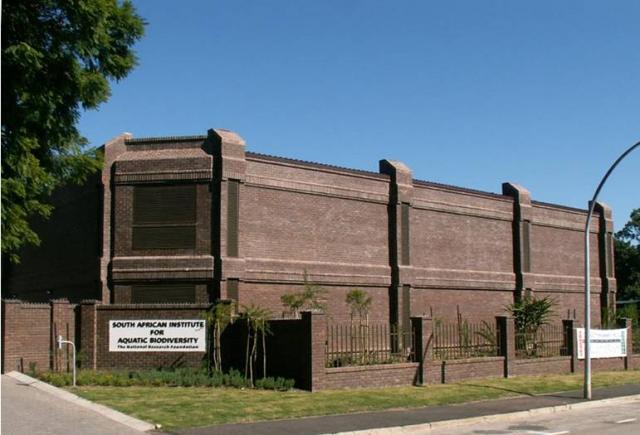 During the first phase of NUCLEUS implementation, SAIAB organised a workshop for identified leaders within the institute in November 2017, resulting in an elected Transformation Committee. Certain “quick-wins” were instituted such as the designation of a space as a Listening Room and a water provision policy for staff from vulnerable households. SAIAB is a Participating Institute of the South African National Biodiversity Collections Facility, and they also operate an Animal Ethics Committee (AEC) in order to ensure that all research projects are implemented responsibly and with due care.  To build towards RRI implementation, SAIAB recruits, supervises and trains postgraduate students through research, internships and placements. They also promote the NRF values in English and in the local language.

SAIAB has conducted several workshops to engage with local and national communities such as the ‘Public Engagement and Dialogue’ workshop by Heather Rea, and the ‘Optimism for Science Communication in South Africa’ talk by Rachel Rayner. During SciFest Africa, they partnered with the DST/NRF South African Research Chair in Biotechnology Innovation & Engagement at Rhodes University, Prof. Janice Limson, to host a workshop entitled ‘RRI: What role can science communicators play?’ where participants ranged from pre-service teachers to the director of South Africa’s largest science centre.

SAIAB participated in a workshop on the Community Voice Method (CVM) which is used to engage communities in the establishment and sustainable management of marine protected areas in April 2018, as well as another introductory workshop led by CEN Integrated Environmental Management Unit which focused on community participation in the development of a Coastal Management Programme for the local district municipality in May 2018. Other events that helped promote the agenda of RRI were the Annual Smith Memorial Lecture (September 2017) entitled “From the Smiths to Social Media’ by Dr Judy Mann-Lang, the Water World Pop-Up Science Centre at SciFest Africa (March 2018), and the Rhodes University/Durban University of Technology´s Community Engagement and Social Innovation Symposium (May 2018). 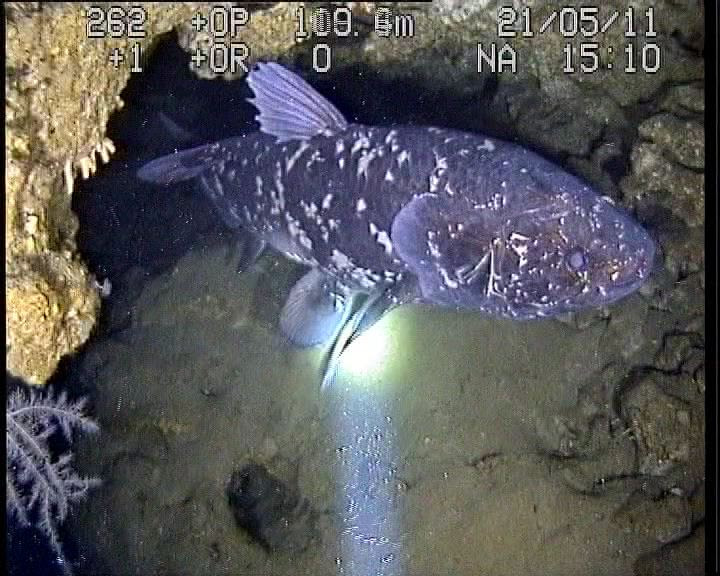 SAIAB also has other ongoing activities that build towards full RRI implementation such as the Directors Scientific Advisory Committee, the Collections Advisory Group; the Risk, Health and Safety and Environmental Committee; the Equity Committee, and the Transformation Committee. Also, they are a Networking Partner of the WWF´s South African Sustainable Seafood initiative (WWF-SASSI). Regarding the multidisciplinary research, the African Coelacanth Ecosystem Programme (ACEP), SAIAB interns and students, a team of marine scientists, a local environmental NGO, WILDOCEANS, and a film-crew from Off the Fence (OTF) are filming a documentary series entitled ´Our Oceans: Dinosaurs in the Deep´.

For internal co-responsibility, SAIAB staff meetings are held quarterly and are run as information sharing sessions which encourage engagement and provide recognition for achievements among the staff as a whole. For internal reporting, SAIAB developed new templates which ask for information regarding Engaged Research using the ´cells´ identified by NUCLEUS to guide researchers´ responses and encourage them to view all their interactions and partnerships as important. There is also access to the NRF Policies for all staff. 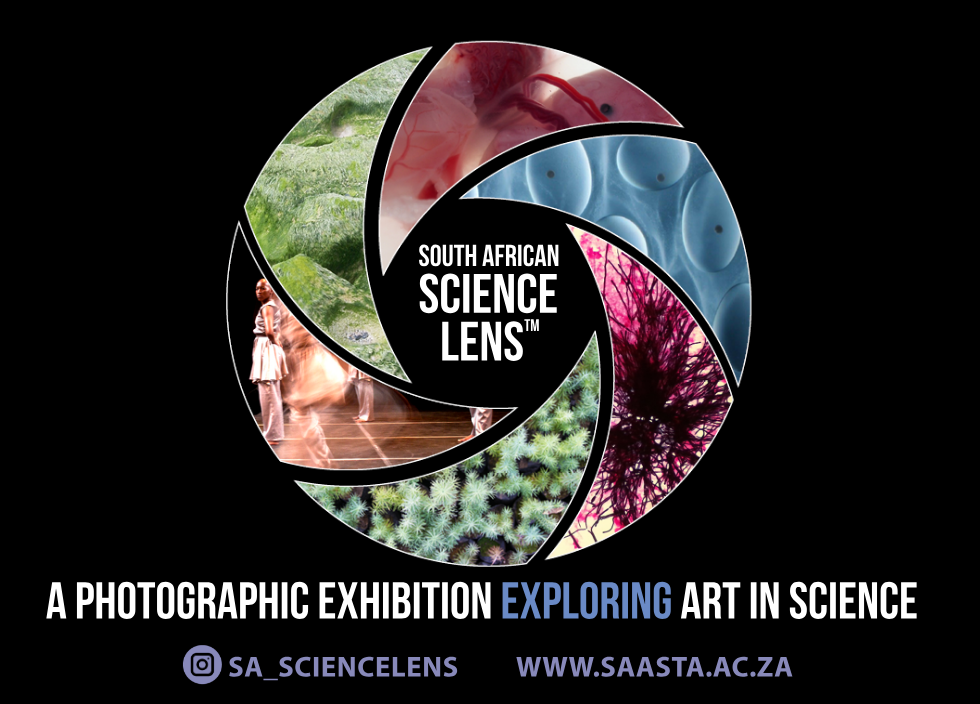 Upcoming events where SAIAB will have a role includes hosting a book launch for ´Fishes of the Okavango´ by Mike Bruton and Paul Skelton (July 2018),  a display during National Science Week (July-August 2018), Dignity Drive for National Women´s Month (August 2018), Annual Smith Memorial Lecture (October 2018), participating in the ‘Engaging Environments’ Symposium and ‘Communicate’ 2018 Conference in Bristol, UK (October 2018) and the SciComm 100 Conference at Stellenbosch University (November 2018). 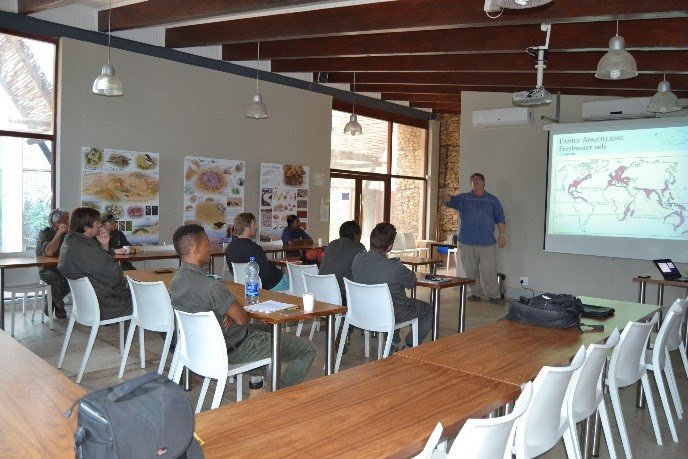 If you want to know more about the Embedded Nucleus at SAIAB, write to Penny Haworth.