One of the main goals of the Embedded Nucleus at Rhine-Waal University is to link research and innovation more closely to local and regional challenges. To pursue this goal, the EN team conceptualized a regular debate-forum entitled “DenkWerkStadt” (ThinkTankCity). In this forum, hosted outside of the university in the well-known restaurant „Wasserturm“, experts from the university, but also from economy, civil society and policy making join debates with citizens. On 24 January 2019, citizens met with scientists, policy makers and NGOs to discuss the impact of climate change on urban environments. 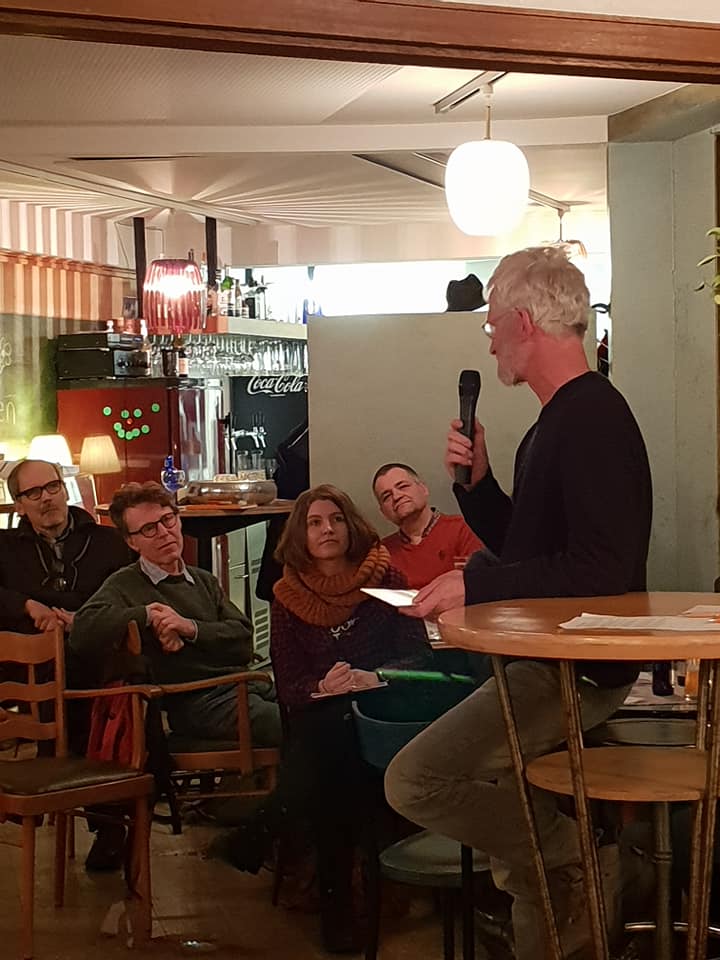 The interest of experts to participate was much higher than expected – 5 speakers joined in with short, qualified inputs: Prof. Dr. Dirk Reiser from Hochschule Rhein-Waal talked about “Sustainable Tourism Management in Cleves“. Dipl.-Ing. Rolf Rheinschmidt from HSRW focused on „Water/Rainfall Management and the Effects of Heat Waves in Cities“. Pascale van Koeverden from the municipalitie’s urban planning department presented “Green Roofs, Effects of Storms, Droughts or Heat on the City of Cleves”. Ludger Wittenhorst from the BUND Kreisgruppe Cleves referred to “New Ideas for Mobility Management in Cities”. He was accompanied by HSRW student Stephanie Roth with inputs from her bachelor thesis on the “Changing Phenomenology of Plants”.

The presentations were accompanied by questions and vital discussions from the audience. The format helped to build bridges between researchers, policy makers, NGOs and citizens and encouraged the transfer of opinions, ideas and expertise between different audiences.