Creative environment for a dynamic RRI-meeting in Cleves: On October 24, stakeholders from all 6 “cells” – university, policy making, media, economy, public engagement and civil society came together for the Working Group “Open Science at HSRW”. The 4-hour meeting focused on innovative ways to better align research at Rhine-Waal University with specific needs and challenges of the Lower-Rhine-Region. In an open atmosphere, facilitated by Embedded Nucleus coordinator Annette Klinkert, all experts shared their experiences, expectations and potential contributions to new innovation-partnerships transcending boundaries of science and society.

Ideas ranged from coordinating future brainstorming processes between regional stakeholders and young researchers, aiming to jointly define relevant research topics, to new ways of aligning local media with students and scientists – not via glossy university press-releases but by story-telling and long-term portraits of research processes, including potential failures. The group encouraged further reflections on potential venues and projects to encourage co-creation and collaboration among all stakeholders. 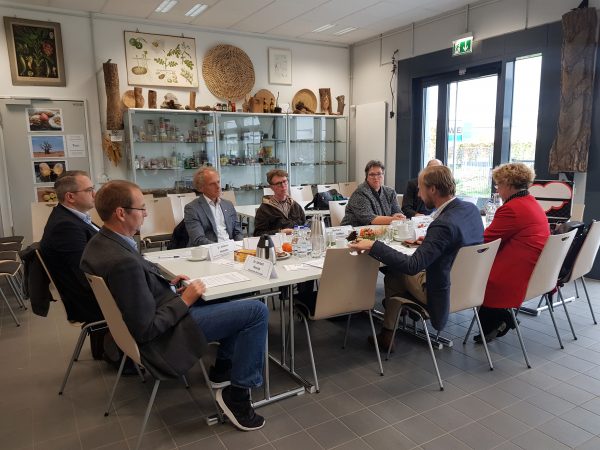 Members of the Working Group “Open Science at HSRW” are: Rhine-Waal University (represented by the Vice President, the Department of Transfer and Innovation and the NUCLEUS Project), Cleves Municipality, the Regional Chamber of Commerce, the Euregio Region (representing the border-area of Germany and the Netherlands) a large Social Foundation, a regionally active Catholic Educational Institute plus local and regional Media representatives (as active members of the group, not just as reporters).

Based on the ambitious goal to link research and innovation processes at Rhine-Waal-University more closely to local and regional challenges, the Embedded Nucleus team in Cleves developed a regular debate-forum entitled “DenkWerkStadt – ThinkTankCity”. In the form of an open and inviting science café, science-society dialogues are held in changing venues outside the university (cafés, restaurants, city hall, museums, churches). In this new series of events, topics with a special interest to citizens in the Lower-Rhine-Region will be presented by scientists and stakeholders from different cells, followed by an open discussion with all visitors. 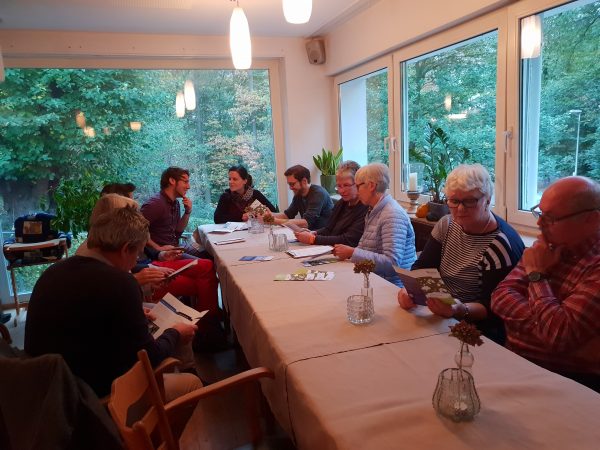 The “DenkWerkStadt” invites scientists from Rhine-Waal university, together with regional experts from economy, civil society, media and policy making. The first event on October 25 focused on “Sustainable Coffee” – inviting a professor for Ethical Economy from the Faculty of Communication and Environment at Rhine-Waal University plus a representative from a regionally renowned company for coffee-roasting-machines. The discussion went from technological backgrounds of past- and future coffee-production to ethical concerns of coffee-economy-cycles. Presentations and questions ranged from different ways of roasting to the effects of global trades and individual local consumption. Highlight of the event was a delicious coffee tasting for all visitors after the presentation.

The Embedded Nucleus event “DenkWerkStadt” will be repeated on 24 January with an evening on “Climate Change – How Does it Affect Our Cities?” The venue will be once again the well-known restaurant “Zum Aussichtsturm”.

Founded in 2009, Rhine-Waal University of Applied Sciences (HSRW) is one of the youngest universities in Germany. With more than 7.000 students from over 120 countries, HSRW is also one of the most international universities in Europe. With its two campus locations in Kleve and Kamp-Lintfort, HSRW is a university that is both deeply rooted in the Lower Rhine and connected to the world. The founding of HSRW was based on a strong political commitment to establish a new regional institution of higher education fostering structural change and innovation processes in and for the Lower-Rhine region. The major goal of the Embedded Nucleus at HSRW is to build upon this “founding history” by connecting Responsible Research and Innovation processes with knowledge-based development strategies and socio-economic challenges in the Lower Rhine region. Inside the academic institution, the Embedded Nucleus encourages the development of open and transfer-oriented organizational structures and dialogue-oriented formats closely related to the Strategic Development Plan of the university (Hochschulentwicklungsplan), published in 2017.